Mrs. Harriet Folo was was also The Eccentric Club's charitable chairperson and a standing member of the Membership Committee. She recently was arrested by King George for "gross misconduct". Before her capture it is presumed she was one of the 11 Who Know.

Mrs. Folo was married young in Surry, a smaller country community near Wales in southwest England. She was married to her husband, Mr. Folo, for the better part of three decades and had three children with him. She was abducted when her youngest was still in first grade. It is unknown what time period this took place in, but Mrs. Folo's choice of dress and music would imply it was the mid-1950s.

Nothing is directly know of Mrs. Folo's durance.

Life in the Empire[edit | edit source]

Shortly after her return from Arcadia, Mrs. Folo sought out her family with the help of the Winter court. When she learned her youngest was now in his late 20's she decided against restoring her life and threw herself into the Empire, advocating for young, recently returned changelings. She was a devoted advocate of the Warding system in the Empire and invoked it herself on a number of occasions, using these surrogate children to ease the pain of her own loss.

At some point pre-2010, Mrs. Folo became aware of the existence of a powerful magical tool known as The Illuminated Texts. After tracking down a vile creature with intimate knowledge of the text she would need, Mrs. Folo set about acquiring it. She used this knowledge to create Fetches that simulated her lost sons- Billy, Jimmy and Tommy. After being caught by Trouble Ahead, King George placed her under arrest. Her final fate remains unknown. 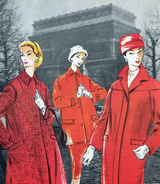 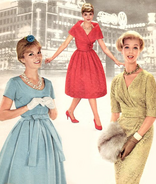 Mrs Foo 1959
Add a photo to this gallery
Retrieved from "https://empireofthewhitetower.fandom.com/wiki/Mrs._Folo?oldid=5521"
Community content is available under CC-BY-SA unless otherwise noted.