The Duke of Exeter

George, Duke of Exeter (George Alexander Percival Windsor) is a fetch who believes himself to be a member of the British Royal Family, the eldest great-grandchild of King George V and Queen Mary. He has been Duke of Exeter since his "father's" death in 1985. The Duke is currently 15th in the line of succession to the throne of the United Kingdom.

Over the course of the last year, he as acted as the leader of a violent group of Anti-Imperial fetches calling themselves the Fetch Empire. In this role he was commonly known as Wes' Patron, as he backed Wes Price's effort to gain revenge on the empire for its many slights against him.

He is loosely allied with The Dark Lord, who sends his grace information (including awakening him to his own potential as a Fetch.

The Duke of Exeter believes that Fetches are the superior representation of the "soul" of the human lost when it was sent to Arcadia. They deserve to have control over the city and live their lives without fear of the Changelings. To this end, he has been causing the slow destruction of the empire hoping the changelings will wipe themselves out and any changelings left in the city will be forced to accept the new Status Quo.

According to a complex formula created by Gram Thew, "the Patron" needed to have the following traits in equal measure to be considered a suspect: Wealthy, In London, was adverse to letting the members of Trouble Ahead die, had read "The Little White Bird", was capable of giving Rodger West powers/manipulating the seasons, had access to the hedge and was able to let John Appleseed through. Gram also thought that this individual was most likely a changeling (and am imperial one at that) and has spies that were present at Hyde Park when the motley killed the Pan. Most of all they would have to have some sort of reason to want the Empire to fall.

By this reconing the following individuals were his top suspects-

Impressions of the Duke[] 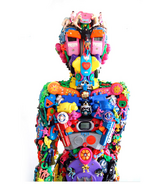 Under his skin
Community content is available under CC-BY-SA unless otherwise noted.
Advertisement